A gated, totally green, resort-style residential community on the Pacific Ocean, Cielo Mar is "Heaven By The Sea"!

What is Cielo Mar?

First, you should know that the site of the future community of Cielo Mar is on the Pacific Coast of Baja California, situated in the beautiful Bahia del Rosario (Bay of El Rosario). This virtually untouched 5,000-acre tract of land, with 4.5 miles of oceanfront and a view of 2 small islands, is at the heart of the Baja Peninsula, very near the first capital of Baja California, El Rosario. Baja California - an ecotourism destination known around the globe as a haven for its natural attractions, on the land as well as in the sea that surrounds it; from whale watching to surfing and other water sports, and from hiking to biking, to camping and fishing - world-famous fishing. The area in and around Cielo Mar is characterized by a temperate, year-round climate that very closely matches that of San Diego, California, which is consistently recognized internationally as one of the top, most desirable places to live on the planet, due to the climate.

Cielo Mar is being planned as a gated, resort-style international vacation and retirement community, with integrated solar roofs on every home, and green technology throughout. The name, Cielo Mar, comes from Cielo, mean "heaven", and Mar, meaning "sea", making Cielo Mar our Heaven by the Sea.

Imagine the soothing sounds of the ocean near the shore, from the waves gently rolling onto the beach, to the shore birds and the seals. And imagine the views of the ocean and the sunsets from the shoreline, as well as from the rolling hills further into the development - but also the views of the beautiful landscape, from every angle and location. Now imagine the saltwater smell of the ocean breeze, intermingled with the occasional aromatic waft of food on the grill, on the pureness of clean air made possible with green technology for modern living. This is the vision for Cielo Mar. This is the plan for our Heaven by the Sea - the future of living. 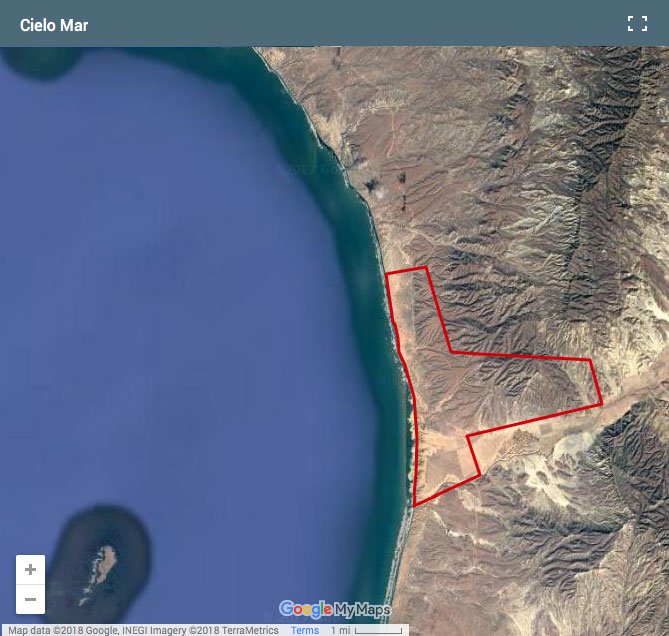 Cielo Mar is planned as a totally green, all-solar gated community, including the following: 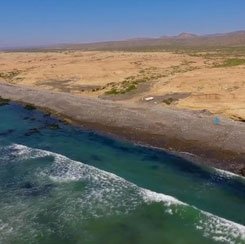 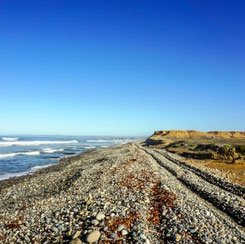 Please enjoy these videos from around Baja California that we have selected especially for you.

Cielo Mar is an energy neutral project that is not connected to the grid, utilizing propane-fueled and environmentally friendly power generation as backup for continuous micro-grid power distribution, as well as for high power consumption processes. Fresh water will be produced through seawater desalination and freshwater wells, including wastewater recycling.

The nearby Cielo Valley will provide Cielo Mar with locally grown and organic goods in the form of vegetables and fruits as well as beef and pork, lamb, chicken, coffee and wine. The goal is for Cielo Mar to be self-sufficient on all levels.